Our aims are to:

Rachel Williams is a leading advocate in the campaign against domestic violence. She is a survivor of 18 years of severe domestic abuse, which ended in 2011 when her abuser shot her with a sawn off shot gun before hanging himself. 6 weeks later her 16 year old son hung himself due to the trauma of the years of abuse and subsequent shooting of his mother. She survived by the skin of her teeth and now campaigns tirelessly to help other survivors.

She is at the forefront of pushing the domestic abuse bill through Parliament, and on 13th September 2019, hosted the first ever survivor-led domestic abuse conference in South Wales: Stand Up to Domestic Abuse (#sutda), which brought together many survivors and professionals. Rachel is brave, kind, and passionate, and has dedicated her life to helping women all over the country.

From sitting on domestic abuse project boards, to speaking to the national media, Rachel shows authenticity in every action, every word she speaks. She changes the domestic abuse sector by bringing all of these voices together, and she changes the lives of the women she is representing. 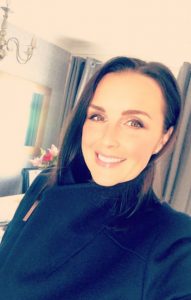